It might be obvious but just for the record, lemon juice is from the inside of the lemon and really, offers not much more than a citrusy tart liquid.

By contrast Lemon Zest is the lemon skin grated directly from the lemon and offers a lovely scent and positive flavour without being liquidy.

For some time now we have noticed the recommended Salt for recipes published by many of our North American and Canadian Spice Merchant cousins is Kosher Salt.

We felt it curious that these very accomplished recipe writers and chefs should be so emphatic on the use of Kosher Salt, harvested from the Dead Sea.

If you have enjoyed Absinthe, then the next morning, and depending on the night before, so to speak, you may not wish to discuss Fennel !

Essential Stock - with a little cheating !

Ok. We all understand that the basis for your special beef casserole, chicken ragout, sauce or soup is a good stock. It is the blank canvas from which you can build wonderful flavours from your own creativity. And in the end, provide the "flavour" background for your finished dish.

All good and understood - the principle is perfect and ageless and as our great Chefs will explain, very necessary.

But do you, busy Home Chef and Spice Roads Subscriber have 7 - 8 hours to scrub and blanch the bones, then endlessly skimming the barely simmering liquid, adding the vegetables after 5 hours, removing the developing scum from the top and finally sieving the thing to remove the tinniest bits until the stock is crystal clear, so as not to cloud your dish or show any greasiness.

Cue the Coleslaw and Pork Chops !

Balsamic vinegar is not so much the opposite of Sherry Vinegar but rather, in culinary terms, the alternative.

Another absolute classic in our Five Pepper series. And our friends who import and market Kampot pepper in Australia will tell you that of the world's great peppers, Kampot pepper is the best. They may well be correct.

Much like Indonesian Lampong pepper and the wonderful Kampot pepper from Cambodia, Tellicherry pepper is solely based on a particular region and within that region terroir - the particular effect of farm site, climate and soil.

Moving to the second in our series examining a selection of the main pepper producing countries, we will be looking at Vietnamese Black Pepper. 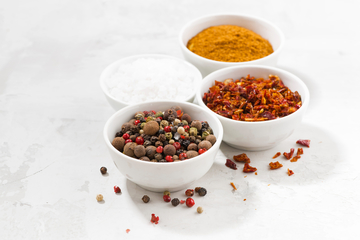 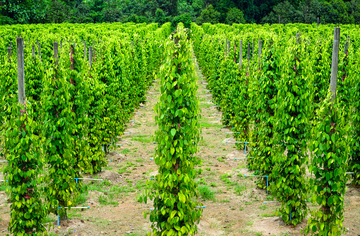 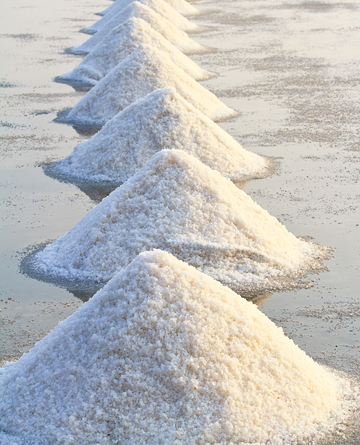